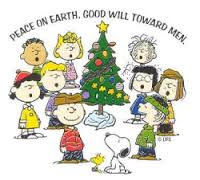 We are striving in this waning week of 2015 to keep X in Xmas. Most of our puzzles this week have some neXus to that holiday/holyday.

(That is not to say, however, that this blog will be completely Christmasless this week.)

This week’s “Cracking The Books Morsel” (below) involves an inspirational narrative from the past that epitomizes “Peace on earth to women and men of good will.” The first of our two appetizers, “Five Dubyas Appetizer,” can be described as involving a somewhat similar inspirational, encouraging, “peace-on-earth” narrative, but from the very recent past – indeed within this past week.

BULLETIN: This present Puzzleria! narrative is now interrupted by…
Breaking news: A valued contributor to Puzzleria!, Enya_and_Weird_Al_fan, will be playing the on-air puzzle with Will Shortz on December 27’s Weekend Edition Sunday on National Public Radio.

EaWAf is a brilliant and creative Puzzlerian!, and a good guy. Check out, for example, these intricate and mammoth numerical magic squares he posted a year ago in Puzzleria!’s Comments Section. We are pulling for him on Sunday. 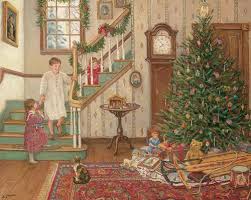 Beneath our Puzzleria! Xmas tree lie six enigmatic puzzles wrapped in riddles and surrounded by mysteries.

In addition to the aforementioned morsel and appetizer, we are offering an even more appetizing second appetizer: The Great Reframation Appetizer: Who framed Roger Reference? Its name tag indicates that it is a gift from our valued Puzzleria! contributor, skydiveboy, also known as Mark Scott from Seattle.
Thank you, Mark.

Two puzzle slices and a dessert are also tied with a bow beneath our tree. Happy Unwrapping! 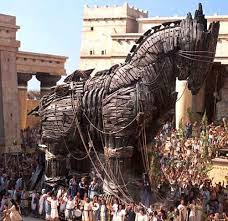 At this time of year, many people observe a tradition – as a family, with friends, or individually – of cracking open a book and rereading a beloved and inspirational narrative from one of two or three of four “authorized and approved” biographies of a famous person’s life.

Most people opt to read one of the two more “accessible” versions of the narrative. A few instead read the more poetic and metaphysical account that appears in a third biography. (The fourth biographer doesn’t really address this particular period of the person’s life.) 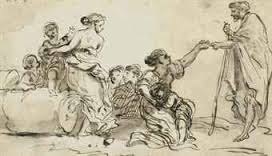 Rearrange the 26 letters in that description to produce five words that would appear in a more conventional and explicit description of the four biographers. Two of the five are seven-letter words and three are four-letter words.

What are these five words?
Appetizer Menu 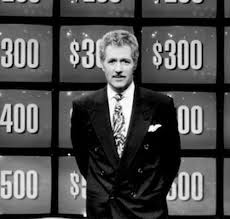 A recent international news story, like most news stories, includes a Who, What, Where and When. (Generally in journalism, the “What” of the story often ends up in its headline.)

Rearrange the letters in the five clues printed in red below to find the Who’s (two of them) and the What, Where and When that pertain to this recent story. (Explanations of the clues are printed in parentheses, in green, in the form of a question, a la Jeopardy!)

What are these Who’s, What, Where and When? 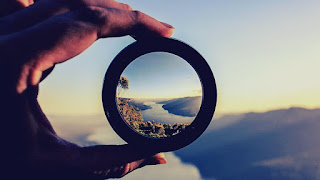 Can you discover these two common compound words? 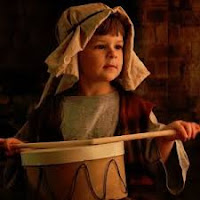 The third, fourth, first and second letters in the word, in that order, spell the surname of a person who was a prototypical “Little Drummer Boy” in the 1920s.

What is this word? Who are the actors, the man of letters and the “Little Drummer Boy”? 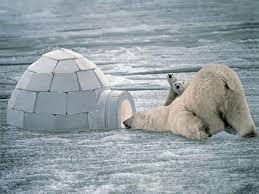 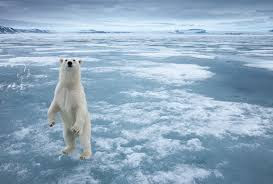 The beginning part of the surname of the person who composed the song (and recorded it to great success) is a homophone of the song title’s first word. Perhaps influenced by the spelling of the composer’s surname, people sometimes misspell the first word of the song title by replacing its final consonant with a different consonant followed by a vowel. (This assertion can be tested, of course, by asking random people to spell the song title.)

Rearrange the letters in this misspelling to form two words, both of which you might well see at the North Pole around Christmastime.

What is this Christmas song? What are the two North Pole sights?

Animated In Loo Of Humdrum Dessert:
No (rest)room at the inn…so go to Buck’s tavern! 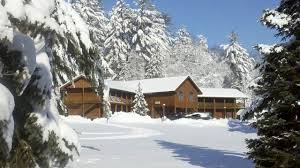 Buck Birlmeister retires as a lineman for the county of Yellow Medicine in Minnesota. He and his wife Penny sell their suburban home, gather up their life savings, pull up stakes and – instead of fleeing to Florida or Arizona – invest in a rustic, combination-tavern-lodge in the great north woods of the neighboring state of Wisconsin. Penny is in charge of the tavern, Buck the lodge.

Buck’s first order of business is to remove the two humdrum plaques from the doors of the men’s and women’s restrooms. The plaques read “Gents” and “Ladies”. Too commonplace, Buck thinks. 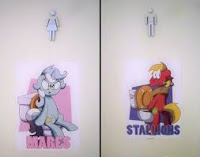 Buck commissions a local woodcrafter to fashion eight rustic wooden plaques – two for each of the four seasons – to hang from the restroom doors on a rotating basis, changing with the seasons.

An avid hunter and outdoorsman, Buck instructs the woodcrafter to inscribe RAMS and EWES on the spring plaques, STALLIONS and MARES on summer’s plaques, BUCKS and DOES on autumn’s plaques, and, on winter’s plaques…

Buck’s wintertime men’s and women’s restroom words are, respectively, 8 and 7 letters long. Remove a total of 7 letters from the ends of the two words, leaving two fragments totaling 8 letters. Push the fragments together (men’s fragment first), leaving no space, and add a U.S. state postal abbreviation to the end. The result is something with which Penny might decorate the lodge as winter dawns. 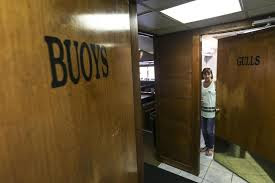 Hint: The last four letters of each of Buck’s wintertime men’s and women’s restroom words can be rearranged to form the word “rest,” as in “restroom.”

What do Buck’s winter plaques read? What is Penny’s possible decoration?


We invite you to make it a habit to “Meet at Joe’s!” If you enjoy our weekly puzzle party, please tell your friends about Joseph Young’s Puzzleria! Thank you.
Posted by legolambda at 5:28 AM