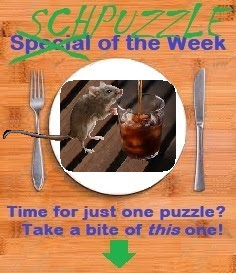 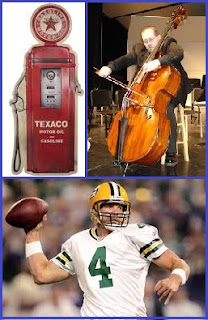 Rearrange the combined letters of these three words to name a brand poured over ice and a three-word description of mice.

What are this brand and description?

Hint: The description contains a critter.

📺1. Part of the refrain of a well-known television theme song consists of three words. The first word is a number.

If you increase the number by one, the three words have all but the first letter in common, yet none of those three words rhyme with each other.

What are the words?

“Where in the house is it!”

🏡2. Name something you have in your house in seven letters. Remove the middle letter and the result will be the place where you might put it.

📗3. Name a title character in a fairy tale, made more popular in movies. 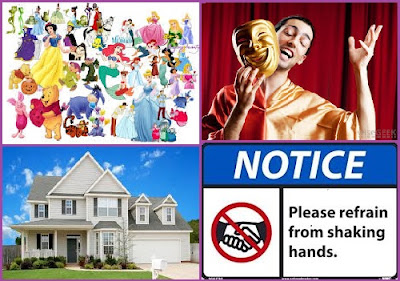 Remove the last letter, and move the fourth letter two places earlier in the alphabet, and the result will be the other titular character.

Who are the characters and what is the title?

“What’s the past tense of Keanu?”

🎥4. The last name of what well-known actor is the past tense of a synonym of the actor’s first name?

Move the letters of this second thing four places earlier in the circular alphabet (so D would become A, C would be come Z, etc.).
You'll get a third thing that grows.

All three of these growing things are, to some degree, green.

Riffing Off Shortz And Niederman Slices: 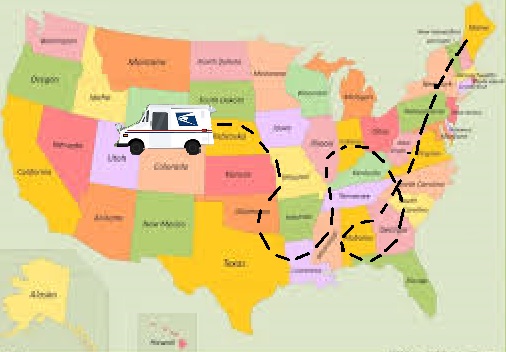 Starting in Montana, you can drive into South Dakota and then into Iowa. Those three states have the postal abbreviations MT, SD, and IA — whose letters can be rearranged to spell AMIDST. The challenge is to do this with four connected states to make an eight-letter word. That is, start in a certain state, drive to another, then another, and then another. Take the postal abbreviations of the four states you visit, mix the letters up, and use them to spell a common eight-letter word. Derrick and Will know of only one answer. Can you do this?

Remove all consecutive pairs of letters that are U.S. state postal abbreviations from the name of a puzzle-maker. 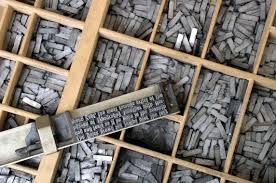 This abbreviation and word coud be an instruction to a typesetter who is setting the word “modern” lest it be mistaken for the word “modem.”

What is the instruction?

You are taking a road trip in your 1954 Volkswagen Beetle. 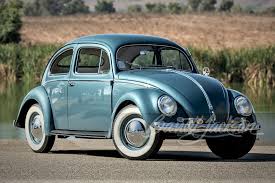 Take the postal abbreviations of the four states you visit, mix the letters up, and use them to spell words for two things you might hear in a church.

What are the four states?

In 1960, you are taking a road trip from Chicago to Santa Monica via Route 66. Are you cruising in a Corvette convertable, like Tod and Buz did in the “Route 66” TV series?

No!  You are instead behind the wheel of  your Achimkoy (“Flower of the morning”), a five-seat sedan manufactured at the Sungri Motor Plant. 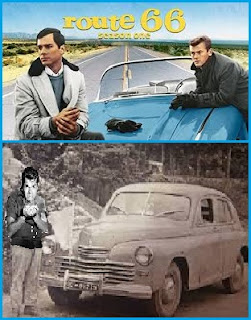 Take the postal abbreviations of four consecutive states you drive through, mix the letters up, and use them to spell two 4-letter words:

1. The brand of cigarette you puff on during the trip (which was perhaps the same brand Tod and Buz smoked), and

What are these two 4-letter words?

What are the four states you drive through?

Three wise men are cruising through part of New England in their new Land Rover. Their destination is Bethlehem. They start in a certain state, drive to another, and then another, all in New England. 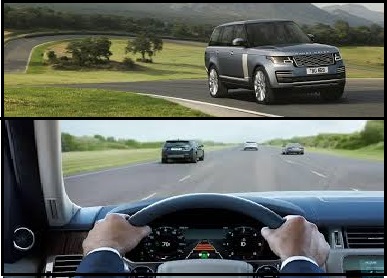 When they reach the New York State border, however (which they must cross in order to reach their destination), the men abandon their Land Rover.

The men, you see, do not want to set foot in New York, so they hop a turbojet and fly over New York (which is not normally considered “flyover country”) to complete their trip.

What are these four states?

What is the county?

Take the state postal codes of a corny state, a spicy New England state, a birthplace-of-Cash-and-Rich state and a Great Lakes state, in order.

Add to the end a basic cable channel (minus its punctuation). The result is a fruit that sounds like it might impart immortality to its consumers. 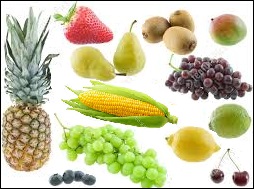 Now take (again, in order) the state postal codes of a “hoopsy” New England state, a Midwestern state and the third and fourth states mentioned above. The result is a type of sweet and smallish orange.

What are the names of these two fruits?

The two nouns in the title of song co-written by Emmylou Harris and Bill Danoff as a tribite to Gram Parsons are also cities in two states.

Take the postal codes of these two states, in order, to spell a four-letter word.

A duo of country singers had a hit with a song written by the BeeGees. Take the singular form of one noun in the song title. Take a synonym for “whitewater” that you might see in the other noun in the title. 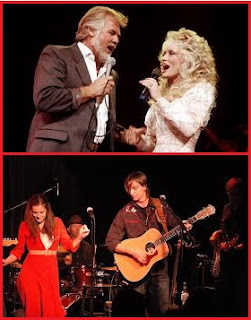 Place the synonym for “whitewater” after a slang term for a thousand bucks to form the name of a city.

Place the singular form of the plural noun after the same slang term to name another city.

Take the postal codes of the two states where those cities are located, in order, to spell a second four-letter word.

The two four-letter words “generated” by these two song titles form an energy-producing excavation, the kind you are likely to find in Wyoming, West Virginia, Kentucky, Illinois, and Pennsylvania.

What is this excavation?

What are the two song titles?

Imagine you are living in the mid-1960s, after JFK died but before RFK died. 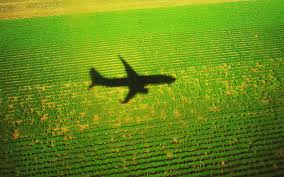 Take the postal abbreviations of three non-bordering states in “flyover country,” in order from north to south, to spell a word for a Muslim pulpit or the steps an imam ascends to speak from it.

Hint: Place an “i” somewhere within the word for a Muslim pulpit to form something found in a hotel room that keeps things cool. 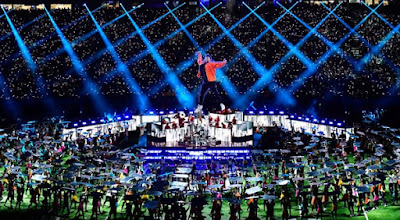 On February 7th in Tampa, Florida, Grammy-winner “The Weeknd” will play a halftime role that begins with “Super Bowl...” and ends with what sounds much like a role in a best picture Oscar winner – specifically, the first and last names of the character in this role.

What is the name of this character?