Creature from the brackish lagoon; What word “Will” fill in the blank? The answer is not “re-sign”this time; Parsley, not-so-sage, Rosemary Woods, and thyme to go? Ingestion or indigestion? 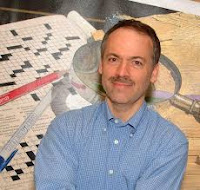 Welcome to our April 14th edition of Joseph Young’s Puzzleria! Hope you’re having a Good Friday.

We are serving up ten challenges this week, six which are Riff-Offs/Rip-offs of the NPR puzzle from April 9 on the National Public Radio Weekend Edition Sunday puzzle segment hosted by Will Shortz (see photo, above left).
This past Sunday’s challenge was composed by Joseph Young of St. Cloud, Minnesota. That means, of course, that I get to riff/rip myself off on this week’s Puzzleria! 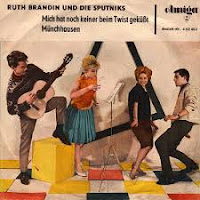 Also on our menus are:
A newsy Hors d’Oeuvre, a newsy Appetizer, and a Dessert that may or may not be lip-smacking.

And, there is another puzzle slice immediately beneath our main MENU. Will Shortz himself has a bearing on its answer(s).

Hyphens In The News Hors d’Oeuvre:
The answer is not “re-sign”this time 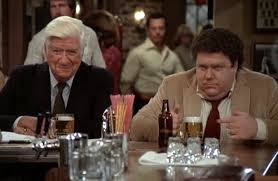 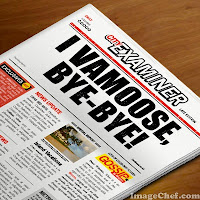 Shortz Circuited Slice:
What word “Will” fill in the blank?

Fill in the blank in this sequence with a word that belongs:

Note: There are more words than just one word that can properly belong in the blank. Among the possible answers are:

Ripping Off Shortz And Young Slices:
Creature from the brackish lagoon

Name a well-known U.S. city in two words. Replace each of these words with a word that rhymes with it and you’ll name a large sea creature in two words. What is it?

ONE:
Name a somewhat well-known eastern U.S. city in two words. Replace each of these words with a word that rhymes with it and the result will be how you would describe anything belonging to the late great Richard Lane.
What is this city?

TWO:
Name a somewhat well-known Canadian city in two words. Replace each of these words with a word that rhymes with it and you’ll name a two-word adverb (sometimes written as one word) meaning “afoot” or “in progress.”
What is this city?

THREE:
Name a somewhat well-known eastern U.S. city in two words. Replace each of these words with a word that rhymes with it and you’ll name something a farmer does and the type of farmer he/she is because he/she does it.
What is this city? What is it the farmer does?

Note: the city’s name contains some punctuation, and the pronunciation of its second word is somewhat disputed. The pronunciation I used in the puzzle is reportedly how the local residents pronounce it.

FOUR:
Name a somewhat well-known western U.S. city that is a two-syllable compound word. Replace each of these words with a word that rhymes with it and you’ll name something a performer delivers from the stage, and the hoped-for reaction from the audience.
What is this city? What is delivered and what is the reaction?
FIVE:

Name a somewhat well-known western U.S. city in two words and three total syllables. Replace each of these syllables with a syllable that rhymes with it and you’ll name a three-word description of what you would have seen at a 1960’s Beatles concert with Ruth Brandin, Ina Martell and the Pop Dollies as the opening acts.
What is this city? What is the three-word description?

Too Tough To Swallow Dessert
Ingestion or indigestion?

We invite you to make it a habit to “Meet at Joe’s!” If you enjoy our weekly puzzle party, please tell your friends about Joseph Young’s Puzzleria! Thank you.
Posted by legolambda at 6:59 AM