Amazin’ Mets... a duo of divas! Recreation promotes circulation; Hey, Daddio, hold the mayo on my dogg! May I use my soup spoon for the caviar? Apocalypse presently… M’aider! M’aider!

Welcome to our April 21st edition of Joseph Young’s Puzzleria!

We are serving up ten puzzles this week, six of which are Rip/Riff-offs of Will Shortz’s spooneristic NPR puzzle.

Also on our menus are:
* A cool Hors d’Oeuvre, Daddio,
* An operatic Appetizer,
*An inkstained wretched Slice, and
* An apocalyptic Dessert.

So, grab a spoon and shovel these morsels into your mental maw. Think of it as brain food.
Enjoy it, please..

Each answer to the seven clues below contains the same number of letters: 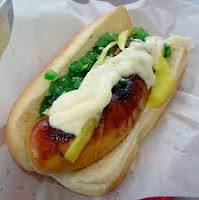 Solve for the seven clues.

The audience at the Metropolitan Opera clamored for the contralto diva Marian Anderson – the first African American performer to perform at the Met (in 1955) – to sing a bonus aria. She indulged them. 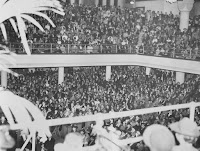 About a half-decade later, a similar Met audience clamored for Anderson’s protégé, Leontine Price, to do the same. So, Leontine did the same as her precursor, Marian.
The entertainment section of the New York Times the following day bore a headline (consisting of two 7-letter words) chronicling Leontine’s bonus aria performance. (Note: This is all speculation or, to be honest, fake news. I have no clue, for example, what the Times headlines were on that following day.)

The 14 letters in those two words can be rearranged to form the first and last names of a journalist who is also a television personality.

Who is this TV journalist? What is the two-word headline? 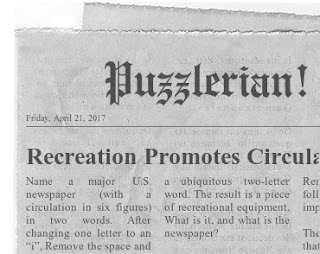 Name a major U.S. newspaper (with a circulation in six figures) in two words. After changing one letter to an “i”, Remove the space and a ubiquitous two-letter word. The result is a piece of recreational equipment.

What is it, and what is the newspaper? 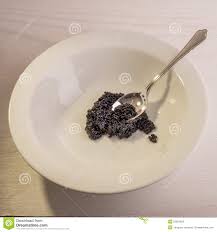 Ripping Off Shortz Slices:
May I use my soup spoon for the caviar?

Will Shortz’s April 16th NPR Weekend Edition Sunday puzzle reads:
A spoonerism is when you change the initial consonant sounds of two words in a phrase to get a new phrase. For example, “Tames Jailer” is a spoonerism of the singer James Taylor. “Spark Mitts” is a spoonerism of the swimmer Mark Spitz. The name of what famous entertainer – first and last names – has a two-word spoonerism meaning “A runny variety of cheese”?

Puzzleria’s Riffing/Ripping Off Shortz Slices read:
ONE:
A.) Spoonerize a basic American dessert (whose ingredients include eggs, sugar and flour) to form a two-syllable synonym of the one-syllable tool used to slice it, and what you must do to the dessert after mixing its ingredients. 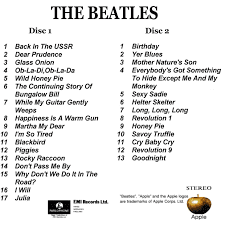 What are the synonym of the tool and the word for what you must do to the dessert ingredients?
B.) Spoonerize a meatless British dish (that appears in lyrics penned by a former Beatle) to form two words: one associated with golf and another that sounds like a word associated with tournaments.

What are the word associated with golf and the word associated with tournaments?
TWO:
Spoonerize just the first and third words of a possible three-word first course during a three-course meal to form a three-word description of what a Scottish musical group (that is named after a sweet fruity jelly) might do at a concert.
What is the possible first course? What might the group do at a concert. 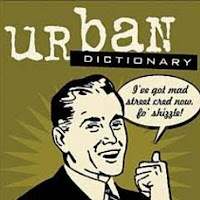 Hint: What the “musical group might do at a concert” involves the B-side of a single. The A-side was a hit.
The group had a UK Singles Chart topper with a Beatles cover from the White Album.
THREE:
Spoonerize the name of a meatless, eggless and cheese-less two-word appetizer to form a word meaning “a really nice person” (at least according to the Urban Dictionary) and a homophone of a word meaning “well-grounded” (at least according to Merriam Webster’s Dictionary). 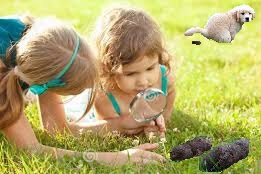 FOUR:
Spoonerize a two-word appetizer to form what sounds like a two-word caption for the image of the two girls with a magnifying glass pictured at the right
FIVE:
Spoonerize the name of a two-word entree (prepared in an oven) to form two words that sound like what each of the following proper nouns will be on one day during the last third of 2017: 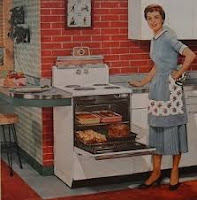 Forty-Niner, Cowboy, Jaguar, Giant, Viking, Cardinal, Seahawk, Titan.
What is the entrée? What will each proper noun be one day in 2017?
SIX:
Find rhymes for the first and last names of a well-known quarterback to form a two-word “variety of crumbly cheese”? 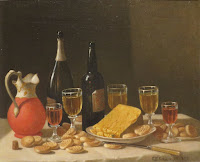 Replacing the quarterback’s last name with a homophone and keeping his first name intact will describe what Antoine Vollon often did, as evidenced by the image of the still life artwork pictured at the right.
Who is the quarterback?
What is the crumbly cheese, and what did Antoine Vollon do? 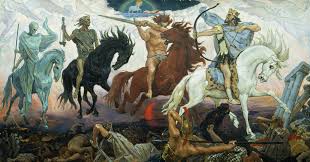 Don’t obsess on the end times incessantly…
There shall be an Apocalypse presently.

Name an adverb that conveys the sense that a given event will occur sooner or later, but will surely occur. For example, a holy person might proclaim, “We don't know the exact day, but the Apocalypse will take place, _______.”

Replace the second letter of this adverb with the letter two places past it (that is, two places further on) in the alphabet, and also remove from the adverb two consecutive letters that spell out a common preposition. The result is an adjective that might describe an event that happens sooner rather than later. For example, a holy person, now a dweller in the post-apocalyptic messianic kingdom, might proclaim, “We all knew the Apocalypse would take place _______, but its occurrence on May 1, 2017 seemed just so ______!”
What are this adverb and adjective?

We invite you to make it a habit to “Meet at Joe’s!” If you enjoy our weekly puzzle party, please tell your friends about Joseph Young’s Puzzleria! Thank you.
Posted by legolambda at 4:37 AM