No dilly-dallying this week… Except I did hear a so-bad-it-is-not-so-bad joke that I feel obliged, no blessed, to share:

Leon the chameleon was having difficulty changing his skin color so he went to his doctor for help. After running some tests the doctor called Leon in to his office and revealed his diagnosis.
“Leon,” you have what we in the medical profession call [a three-word ailment beginning with the letters D, R and D].”

We shall reveal the malady below, just above this week’s MENU.

In the meantime, chomp  on this fresh-outta-our-ovens puzzle slice: 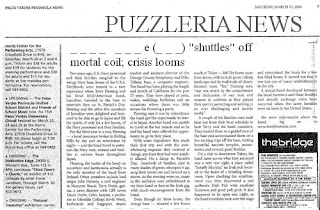 The headlines on the three newspaper pages shown here all contain three words represented by blanks (or uppercase X’s) that you must fill in/replace with letters.
The two Puzzleria News headlines are from the 18th Century. The City Examiner headline is from an edition in the 20th Century. 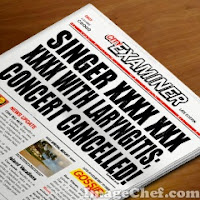 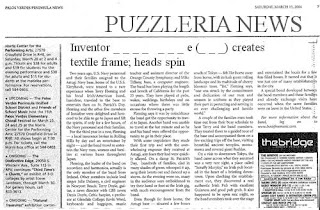 When you fill in or replace the blanks or X’s with the correct letters and read aloud the trio of words in each of the headlines you will be pronouncing what sounds like the name of a person recently in the news.
Who is this recently newsworthy person?
Answer to riddle above:
Doctor: “Leon,” you have what we in the medical profession call ‘de reptile dysfunction.’ ” 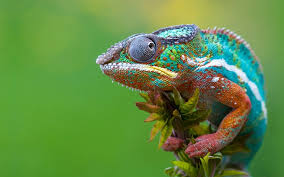 We pray, as you bask under the summer solarity, that your skin tone changes only slightly. No beet-red or Boehner-orange-colored chameleons allowed!

We wish you good karma, Chameleon, and no dysfunction in solving the slices on this week’s menu. (The Comparative Panorama Slice was inspired by skydiveboy’s “Roy or Bison?” picture puzzle. Thanks. Mark. The “Our Second Lady Of Fadima Slice: Serene Magdalene scene” is a kindred mysteriospirit to July 3rd’s “Red Swingline Slice: Fad food for tads.”)

Comparative Panorama Slice:
Two peactures not in a pod

The two images presented here are different in a number of respects. Their shapes differ. Their subject matters differ: One documents a sporting event, the other is a landscape. One inspires excitement, the other tranquility. 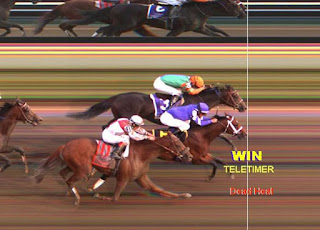 But there is one particular way in which these pictures differ having to do with how a person might describe each of them using two-word phrases such as, “One is a ___ ___; the other is a ___ ___.”

So, how do these pictures differ?

Name a fad popular in the 20th Century. Replace its last letter with 1.) something a skirt has that is also a synonym of skirt, 2.) a personal pronoun and 3.) a short form of a U.S. president’s first name. Remove all spaces. 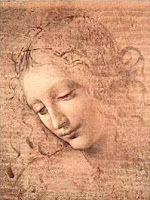 The result is a general term that encompasses a handful of terms for products that end in the suffix “-ene.” What are the fad and the general term?

Hint: The second part of the fad and the prefix of the general term are synonymous.

We invite you to make it a habit to “Meet at Joe’s!” If you enjoy our weekly puzzle party, please tell your friends about Joseph Young’s Puzzleria! Thank you.
Posted by legolambda at 3:41 AM