Enjoy cranberry’s on Thanksgiving Friday; Vertigo for everyone! Choose strong “lasswords” for your female? Hooked on Frankie, Funicello and Phonetics; “My word, how brain-curdlingly absurd! A roller-skating bird in a buffalo herd!” 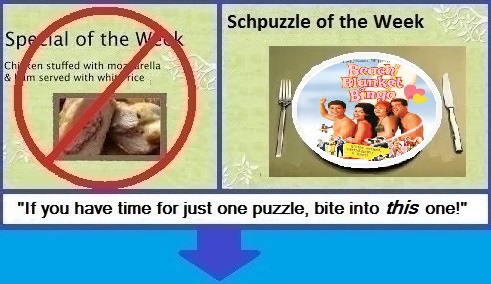 Schpuzzle Of The Week:
Hooked on Frankie, Funicello and Phonetics 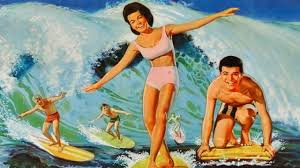 Name a quick thing one might take at the beach and a brief thing one might wear there.
Connect these two words with a consonant to form a phonetic term for something that occurs four times in the text of this puzzle.
What are this term and the two things? 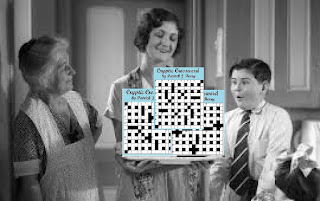 Yesterday’s Thanksgiving Day feast is now is in the past. You have probably had your fill of turkey, gravy, stuffing, potatoes, squash, green bean casserole, cranberries and pumpkin pie...
Today, however, is also a day to give thanks... thanks to “cranberry,” the screen name of Patrick J. Berry, longtime friend of and contributor to Puzzleria!
Patrick today is serving up, not leftovers, but a fresh serving of his juicily delicious Cryptic Crossword Puzzle, the tenth such gem with which he has graced our blog. Here are nine links to Patrick’s previous “feasts”...  there is not one “turkey” in the bunch!:
ONE TWO THREE FOUR FIVE SIX SEVEN EIGHT NINE
Here are a few basic cryptic crossword puzzle instructions:
Regarding the Across and Down clues and their format:
The number in parentheses at the end of each clue tells how many letters are in the answer. Multiple numbers in parentheses indicate how letters are distributed in multiple-word answers. 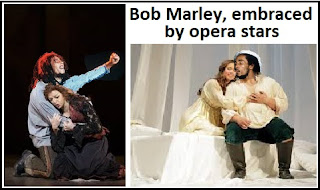 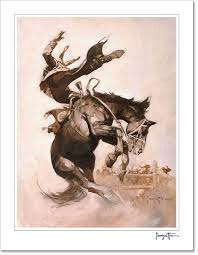 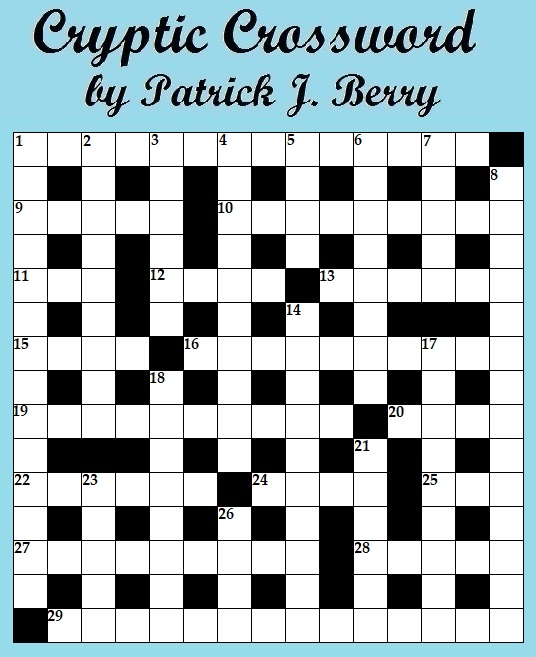 DOWN
1. Certain associate takes one behind closed doors(14)
2. Picture Rachel having trouble in bathroom(5,4) 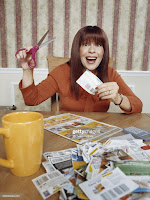 Head-Spinning Slice:
Vertigo for everyone!


Riffing Off Shortz And Siegel Slices:
“My word, how brain-curdlingly absurd! A roller-skating bird in a buffalo herd!” 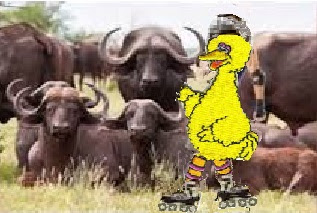 Will Shortz’s November 24th NPR Weekend Edition Sunday puzzle, created by Jon Siegel of Chevy Chase, Maryland, reads:
The words WON and SUN rhyme, even though their vowels are different. Can you name four common, uncapitalized 4-letter words, each of which has exactly one vowel, and all of which rhyme, even though all four vowels are different?
Puzzleria!s Riffing Off Shortz And Siegel Slices read:
ENTREE #1
Part 1:
A puzzle-maker is associated with the name of a well-known comedian on a TV comedy sketch show. 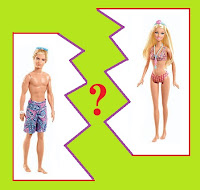 A second well-known comedian once performed a sketch on that same show in which he suggested that the  Barbie doll ditch her boyfriend Ken in favor of another more macho doll on the market.
Take:
1. the letters in a shorthand name of that comedy show,
2. the first letter of the first name of the second comedian (or the last letter of the last name of the first comedian), and
3. the letters in the name of the more macho doll.
Rearrange these letters to form the name of the puzzle-maker. Who is it?
Part 2:
A singer/songwriter wrote and recorded a song about a multicolored upper-body garment that reached position #7 on the U.S. County Charts. Three years later, a one-word song she wrote (inspired by a red-headed bank clerk who flirted with her hubby) peaked at #6. 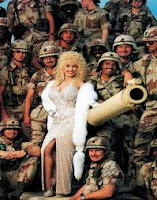 The song this singer/songwriter chooses to sing when she performs live for the U.S. troops, however, is a song she did not write.
In its title is a “unicolored” (not red, however) garment worn above the neck. This song was recorded by a U.S. Army staff sergeant about a decade earlier, and reached #1 on the U.S. charts.
Take the combined letters in the 6-letter title of the song that peaked at #6 and the 3-letter shorthand form of “the U.S. troops.”
Rearrange these nine letters to form the name of a puzzle-maker. Who is it?
ENTREE #2:

The words WON and SUN rhyme, even though their vowels are different. Can you name four common, 4-letter words, each of which has exactly one vowel, and all of which rhyme, even though all four vowels are different?
The words fill the blanks in the quatrain below:
A lass depressed tried St. John’s ____,
She reasoned: “Herbal cures can’t ___,
they grow in earthy godly ___!”
So now she’s peppy, perky, ____.

ENTREE #3:
Can you name four common, uncapitalized 4-letter words, each of which has exactly one vowel, and all of which rhyme, even though all four vowels are different?
The words fill the blanks in the quatrain below:
My boss was quite a Scroogey ____
So one day at the end of  ____
Outside our office did I ____
And pierced his black heart with my ____.
ENTREE #4:

Can you name three common, uncapitalized 3-letter words and one somewhat common, uncapitalized 5-letter word, each of which has exactly one vowel, and all of which rhyme, even though all four vowels are different?
The words fill the blanks in the quatrain below:
’Tis Yuletide: gifts ’neath trees of ___.
Forgive me! I, a human ___
Am not Divine, I tend to ___
By bringing “bribes” of gold and _____.
ENTREE #5: 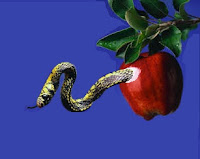 Can you name three common, uncapitalized 4-letter words and one capitalized non-English 5-letter word, each of which has exactly one vowel, and all of which rhyme, even though all four vowels are different?
The words fill the blanks in the quatrain below:
Eve on a whim, temptation’s ____,
Plucked Satan’s apple, round and ____...
Inside, a Serpent (not a ____)
Which led to widespread Drang und _____.
ENTREE #6: 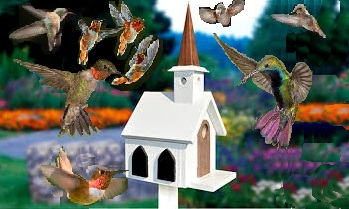 Find two common, uncapitalized 5-letter words and one uncapitalized 6-letter word, each of which has exactly one vowel, and all of which rhyme, even though all three vowels are different.
A second uncapitalized 6-letter word rhymes with these three. It contains two vowels, one which is different from the three different vowels in the other three words.
The four words fill the blanks in the quatrain below:
The faithful flock filed into ______.
All circled o’er the pews of ____...
Flocks welcome suff’ring, thus their ______
To light upon a hardwood _____.
ENTREE #7: 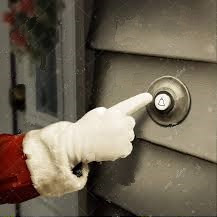 Name two somewhat common, uncapitalized 4-letter words (one is a contraction), each of which has exactly one vowel, and both which rhyme, even though their vowels are different.
A third very common 4-letter word rhymes with the first two words and contains two vowels that both differ from the two vowels in the other two words.
These three words fill the blanks in the tercet below:
O the night before Christmas day ’____.
Through the house, all the doorbells did ____...
(If there’s chimney smoke that’s what he ____.)

Name something one consumes that is associated with toasting. 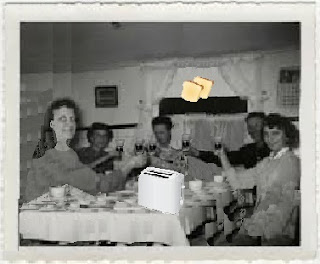 Remove a letter, change a letter and slice the result in two to form two different words that you might use to address a female.
What is this consumable?
What are the two words for a female? 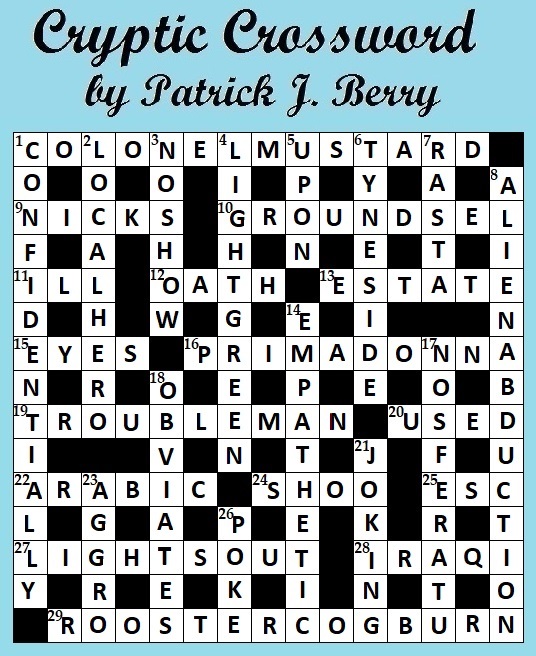 Posted by legolambda at 9:48 PM