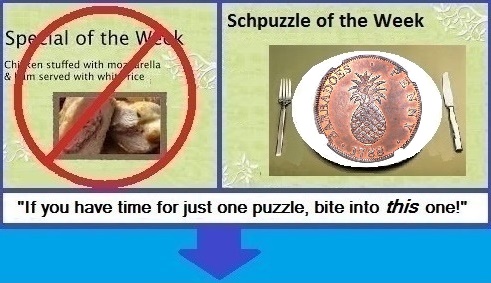 Besides beginning with “co” what do the following seven words have in common?
Coat, cockatoo, codfish, coin, comet, comma, cow 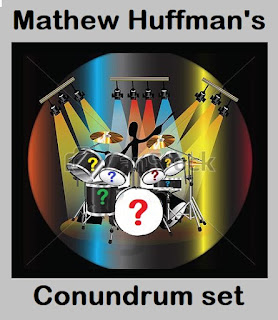 🥁1. Think of a classic character from literature in one word, nine letters. Drop the last three letters. With what remains, shift all but the last letter one place right on the computer keyboard. The result is a character trait that protagonists often possess.
🥁2. Name a fictional comedic character in five letters. Change the last letter to name a detergent compound. 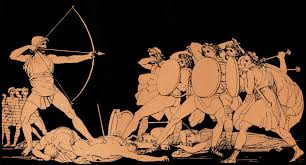 🥁3. Think of a three-word phrase beginning with “the” in which the third word is the second word with the fourth letter shifted one place earlier in the alphabet, moved to the start of the word, and then read backwards.
🥁4. Name a fictional substance in seven letters. Together the first and fourth letters are an abbreviation for a popular website. Change these letters to a two-letter abbreviation for a feature of the website, to name an occupation.

The Ascent And Descent Of The American Empire Slice:
Competing political brands

A surname associated with a certain political philosophy was in the news within the past month. The surname sounds like a common brand name. 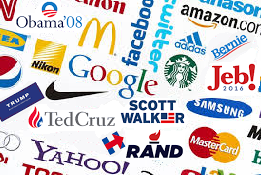 Take a surname associated with a competing political philosophy. Lower an ascending letter so it descends, then have it touch the letter after it, to form a competing common brand name.
What are these two competing surnames and two competing brand names? 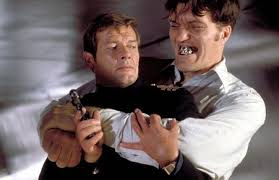 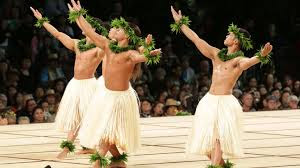 Only one door provides an opening that will lead you to a tropical paradise complete with luaus, leis, kalua pig, huli-huli chicken, hula-hula girls, hula-hula boys, ukulele strains and bubbly champagne.
The six doors are evenly spaced around the room. They look exactly alike. Your only clue is that on the wall between five pairs of doors is a large letter of the alphabet, and on the wall between the sixth pair of doors is a pair of large letters. Going clockwise, the letters are H, I, J, K, L and MN. Which is the correct DOOR that will get you out ... and why?
ENTREE #2:
This challenge may sound impossible, but it’s not. Bond, James Bond wakes up after being knocked cold from a conk on the head administered by diabolical SPECTRE henchmen. He is trapped in a round room with eight doors. Those thugs from SPECTRE have imprisoned 007 at their headquarters  – in a space that doubles both as a dungeon and a situation room for planning nefarious SPECTRE operations.

The eight doors of this dual-use facility are evenly spaced around the room. They look exactly alike. On the wall between all but one pair of doors is a large letter of the alphabet. Going clockwise, the letters are H, I, J, K, K, L and M. No letter appears, however, on the wall between the wall with the J and the wall with the first K. That particular letter-less wall does have a standard dual-socket electrical outlet, however.
After 007 rubs the grogginess from his eyes and spits out the bubblegum from his brain, a sinister voice over a loudspeaker tells him that a plot is afoot to abduct the Dutch prime minister (who is scheduled to fly at any time now from the Hague to the United Nations in New York City) and there is nothing that 007 can do to stop it! Why not? Well, continues the loud-speaking voice after laughing evilly, seven of the doors are booby-trapped and will bring instant death if Bond tries to open them. Only one door provides an opening that will get 007 out safely. (In actuality, none of the eight doors are booby-trapped.) James, however, knows a bluff when he hears one...
And so, having read the writing on the wall, the redoubtable Mr. Bond knows what he must do. He leaps to his feet from his possum-pose, barges through the door between the two K’s and, after all is said and done, saves not only the day but also the Dutch prime minister, not to mention his own derriere... (well, no, I guess we did just mention it there).
What evil deed did 007 thwart?
What airline was involved?
ENTREE #3: 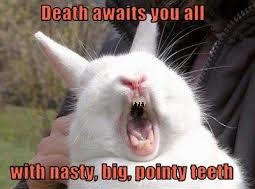 This challenge may sound impossible, but it’s not. You wake up trapped in a round room with six doors. A voice over a loudspeaker tells you that five of the doors will get you out safely. Behind a sixth door, however, is a man-eating creature with sharp claws and nasty big pointy teeth. The doors are evenly spaced around the room. They look exactly alike.
You have only two clues:
One clue is that on each of the doors are letters (a total of 19) that spell out six letters of the alphabet. Going clockwise, the letters are U, Vee, Double-u, Ex, Wye and Zee (U, V, W, X, Y and Z).
The other clue is that this challenge is a riff-off of a puzzle created by Lee Zion that Will Shortz is posing as his current two-week creative challenge on National Public Radio’s Weekend Edition Sunday.
Which door, after you open it, will put you face-to-face with a pointy-toothed man-eating creature... and why?

Pour the letters of each half of an alcoholic beverage brand into separate glasses. 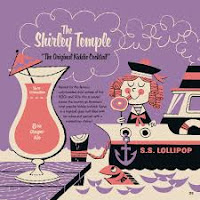 Mix the results to spell two non-alcoholic bygone  beverage brands.
What are these three brands?

We invite you to make it a habit to “Meet at Joe’s!” If you enjoy our weekly puzzle party, please tell your friends about Joseph Young’s Puzzleria! Thank you.
Posted by legolambda at 12:00 AM