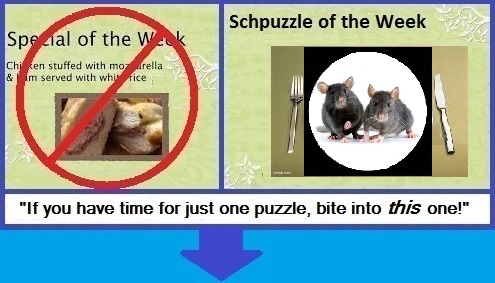 Name an 8-letter expression for an insanely clever off-the-cuff remark (the kind of quip most of us would think of only as we are driving home from a party or social gathering of witty wordsmiths). 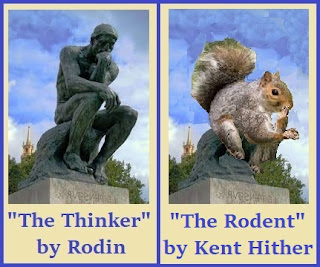 When you reverse the order of the 8 letters and pronounce the result phonetically it sounds like something certain rodents might do.
What is this 8-letter expression?


Trials From The Crypt Appetizer:
A cranberry Saucerful of Secrets

Note: We are serving up an Appetizer of Cryptic proportions this week – another ingenious Cryptic Crossword Puzzle baked up by Patrick J. Berry (screen name: “cranberry”).
This is the sixth cryptic crossword Patrick has composed for our blog. We are very grateful to Patrick for sharing them with us.
Here are Patrick’s instructions for solving: The number in parentheses at the end of each clue tells how many letters are in the answer. Multiple numbers in parentheses indicate how letters are distributed in multiple-word answers.
For example, (6) indicates a six-letter answer like “jalopy,” (7, 5) indicates a seven-and-five-letter answer like “station wagon,” and (5-5) indicates a five-and-five-letter hyphenated answer like “Rolls-Royce.”
(For insight about how to decipher these numbered cryptic clues, see Patrick’s “Cryptic Crossword Tutorial” in this link to his November 17, 2017 cryptic crossword. The Tutorial appears below the grid that contains the answers in that edition of Puzzleria!) 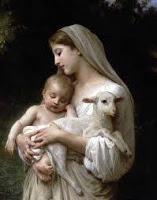 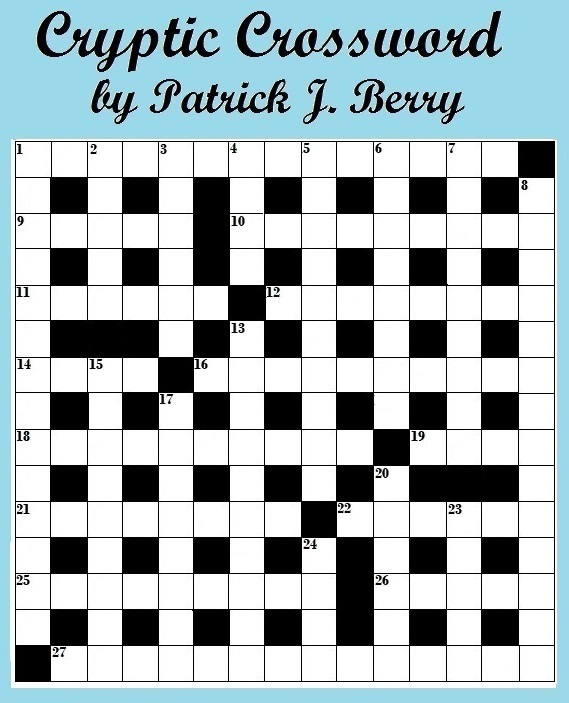 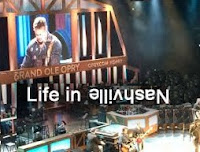 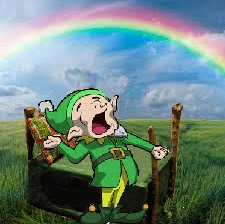 Legend has it that tricky leprechauns guard something of value at rainbow’s end.
Experience tells us that Irish folks greet those they meet – or anyone within earshot – early each day by chirping, in a lilting brogue, a particular expression.
Find three letters that appear in the same order and form two prefixes. These three letters in the same order also appear in the first half of a six-letter word. 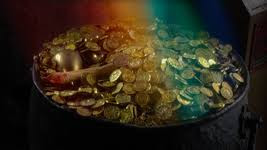 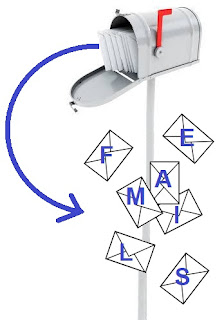 ENTREE #2:
Take the 7-letter last name of a reasonably famous woman. Replace a consonant with two other consonants to produce an alternative spelling that does not affect the pronunciation.

You can rearrange the result to get a word that somewhat describes this woman (although she is famously known more as an anagram of “reigns” or “avid”). Who’s the woman, and what’s the word?

ENTREE #3:
Take the 6-letter last name of a reasonably famous male entertainer. You can rearrange the letters to get a noun that pertains to this entertainer. Who is he, and what is the noun? 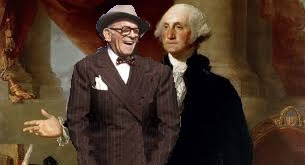 ENTREE #4:
An man who was pals with a president with whom he shared a birth name was a pioneer in bringing something, in five letters, to soldiers via a three-letter organization. You can rearrange those eight letters to get a noun that describes this man.
What is the noun, what did the man bring to soldiers, what is the organization, and what is the man’s name?

ENTREE #5:
Take the 3-letter short-form first name and 4-letter last name of a not-so-famous WWII bomber pilot and Royal Canadian Air Force officer associated with NORAD.
Rearrange these letters to get a word that appears to the right of the hyphen in this officer’s title.

Who is this officer and what is his title?

ENTREE #6:
Take the first and last names of a woman, in nine letters, whose father directed three movies that won best-actress-in-a-leading-role Oscars, and whose husband directed a movie enshrined in the United States National Film Registry as being deemed “culturally, historically, or aesthetically significant.” 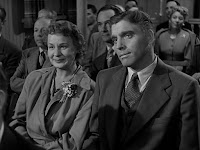 There is a “double-n” in the woman’s name; drop one of them. You can rearrange the result to get a word that describes this woman’s nationality.
Who is the woman, and what is the word?

Be Fruitful And Do Long Division Dessert:
A procession of fruits

Name a 9-letter verb for what food producers might do to fruits.
Rearrange the middle three letters to form a word describing the fruits after this process is done.

Rearrange the remaining six letters to form a word for what the food producers might have done to the fruits during the process.
What are these three words? 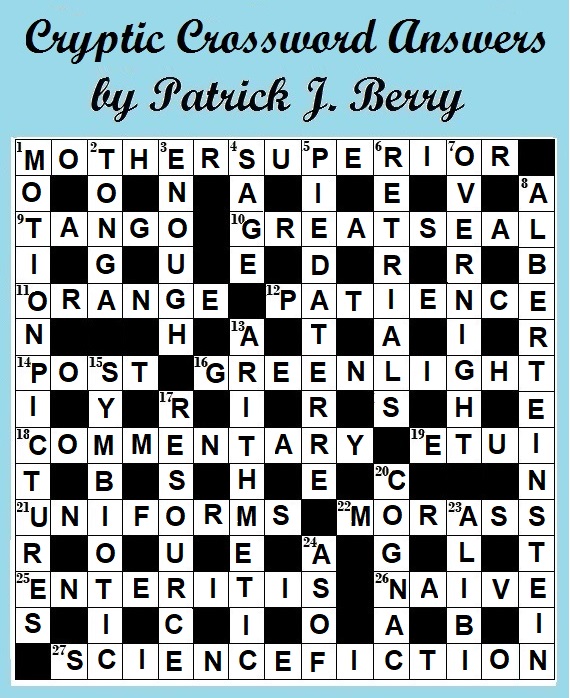 We invite you to make it a habit to “Meet at Joe’s!” If you enjoy our weekly puzzle party, please tell your friends about Joseph Young’s Puzzleria! Thank you.
Posted by legolambda at 12:02 AM