The pitter-patter of little fruit; Oscar Wiener Mayer links relinked; Whet o difference un “a” mikes…; Frank Carpa? Mel Brooktrout? Six-for-six… that’s acting a thousand; “Sure, you may be getting sleepy, but the winner is…” Spartans of peach

Welcome to our February 24th edition Joseph Young’s Puzzleria! We would like to thank the Academy for awarding us with fodder for our half-a-dozen puzzles this week that pertain to the acting profession. 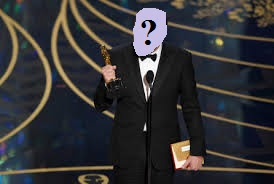 We would also like to thank Will Shortz for his production of an NPR Sunday puzzle that we adapted (to computer screen) for a trilogy of Ripping Off Shortz puzzles.

And thanks also to Steve Bannon for tossing us a nice fat “adverbial softball” that we hit out of Fenway with our “Spartans of Peach” Dessert.

That makes ten puzzles. I would also like to thank... (Music from the orchestra pit begins “playingLegoLambda off” stage)

Executive Casting Hors d’Oeuvre
He gets to play the president?!

Name something an actor auditions for and hopes to land during a casting call, in two words. Rearrange the letters to form the last name of a U.S. president.

Who is this president? For what does an actor audition? 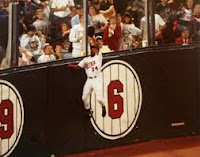 An actor appeared or costarred in only six full-length feature motion pictures. All six films were nominated for the Academy Award for Best Picture, and three of the six won the Best Picture Oscar.

Who is this actor?

Move the last letter of the first name of a well-known movie director to the end of the director’s last name, resulting in a kitchen gadget that is also known as a “cherry pitter.”

Who is this director?

The Heavy-Eyelidded Envelope Please Slice:
“Sure, you may be getting sleepy, but the winner is…”

In his cameo role in the 2001 movie “Shallow Hal,” Tony Robbins hypnotizes Jack Black’s character. Alas, the Academy did not recognize Robbins’ performance.

As the title character in “Candyman” (1992), Tony Todd went to a hypnotist so he could be more relaxed for scenes in which he is suspended swinging in a heavyweight harness, runs through a bonfire and is covered with 30,000 bees... but won no award for his efforts.

In “Audry Rose” (1977), the girl that Tony Hopkins’ character believes is the reincarnation of his deceased daughter dies while being hypnotized. But sadly, no award.

There is a whole lot of hypnotism happening in “Trance” (2013), but it is conducted by Rosario Dawson as Elizabeth, not, alas, by Tony Jayawardena as Security Guard #2.

The cast of the 2012 Swedish movie “The Hypnotist” includes actors named Oscar Pettersson and Emma Mehonic. Alas, neither plays the title role.

Showtime’s Emmy Rossum was once nominated for a Golden Globe Award, but not for an Emmy or Oscar. (But perhaps, had she been cast as a hypnotist…)

In “The Testament of Dr. Mabuse” (1933), the spirit of the deceased title character, a mad hypnotist, merges with the silhouette of Oscar Beregi Sr.’s character.

You would think the names Oscar, Tony and Emmy (or Emma) would seem to be fitting names for actors and actresses who covet statuettes representing recognition of their histrionics. But why are these names especially fitting if their role is that of a hypnotherapist, or if their character receives treatment from a hypnotherapist? 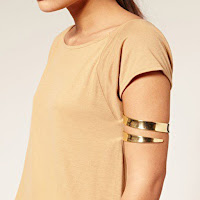 Here are further restatements of (or alternative clues for) the five 7-letter words you seek:
1. Jewelry for the biceps mentioned in Exodus Chapter 35 of the English Standard Version of the bible
2. Like Aphrodite of Milos
3. Like a painter’s studio after an overnight break-in and heist, or like a dodgy Jack Dawkins wannabe who is all thumbs?
4. Like the output of a do-nothing Congress?
5. Isabelle Huppert, Ruth Negga, Natalie Portman, Emma Stone or Meryl Streep.

TWO:
1. Think of the name of a more-than-century-old magazine, in five letters.

Here are further restatements of (or alternative clues for) the six 5-letter words you seek:
1. Madonna song title
2. Fuzzy
3. Treasure

4. A gastropod usually has one
5. Assuage
6. What you’re attempting to do at present

THREE:
1. Think of the first name of a ballplayer, in four letters.
2. Change one letter in it to name another ballplayer’s first name.
3. Change one letter in that name to name something an umpire makes...
Repeat this process a total of nineteen times – always changing one letter of the previous word to form the succeeding word – until you have found 20 words, all which have a connection to baseball. What words are these?

Here are clues for the 20 words, in order:
1. Averill
2. Hubbell
3. Fair, foul, out, safe, the game if it’s raining…
4. Horsehide
5. Green Monster, for example
6. Alston
7. “Free pass” (sometimes abbreviated B.O.B.)
8. What results when the pitcher drops the ball while toeing the rubber

9. What managers often do just before they kick dirt on umpires’ shoes
10. Fenway
11. Fidrych
12. One of the “tools of ignorance”
13. About 145 grams, for a baseball
14. Where a baseball weighs only one-and-two-thirds ounces, not five (as on Earth)
15. “Marvelous” Met, ____ Throneberry
16. “Wheel of Fortune” creator who hired an emcee who is nuts about baseball

17. A Bob who beat out Ted Williams as an All Star Game starter
18. Bennett who has a ballpark named after him in Maryland
19. Kind of baseball toddlers play with
20. What “baseball purists” might call a sabermetrician… (which is also an actual sabermetrics term!)

Name a well-known movie director, first and last names. Remove one letter from one name and spell the other name backward, forming the names of two bony fishes.

Who is this director? 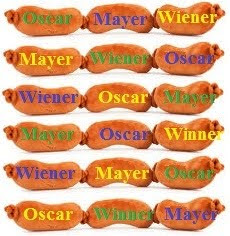 Name a multinational chain in three syllables. Interchange the second and third syllables and add one syllable of the chain’s slogan to the end. The result when spoken aloud sounds like a well-known actor. 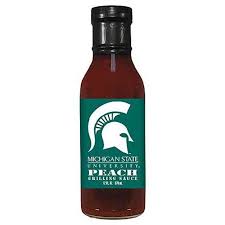 
That is what Donald Trump’s press secretary and communicatons director  Sean Spicer said on February 23, spinning his boss’s use of the phrase “military operation” to describe how Trump plans to get “really bad dudes out of this country.”

Spicer likely meant to say that the president was using that as an metaphor, not as an adjective. But Spicer is paid to spin, so blurring the difference between metaphor and adjective is probably a part of his job.

A more telling and apropos part of speech, however, was an adverb used by Trump’s chief strategist Steve Bannon. Bannon’s adverb, like the adjective “military,” also begins with an “m” and ends with a “y”. The adverb modifies how President Trump is focused on executing his campaign pledges, according to Bannon, in an address given February 23 at the Conservative Political Action Conference.

What is this adverb?

We invite you to make it a habit to “Meet at Joe’s!” If you enjoy our weekly puzzle party, please tell your friends about Joseph Young’s Puzzleria! Thank you.
Posted by legolambda at 4:13 AM