Welcome to our February 12th edition of Joseph Young’s Puzzleria!

Like Cupid with his bow and Eros, we shall be shooting a quiverful of high quality quizzicals your way this week. The sharpest arrow in our quiver is an amazing challenge created by patjberry, a creative and prolific puzzle maker and Puzzlerian! His puzzle, which appears directly beneath our main MENU heading, is titled “Classic Rock Slice: Valentine ear candy.” Thank you, Patrick, for once more hitting the bull’s eye of beautiful, bountiful bafflement… and for being generous in sharing the upshot with us. 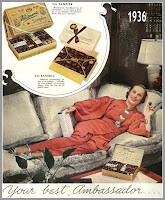 Other darts we hope will hit the target this week are a brand-name morsel; a gated estate appetizer; a household wordplay dessert; and seven (count ‘em, seven!) “piggyback” puzzles ripping off Will Shortz’s fine “first-second-third” Sunday puzzle.

So, pull a pencil and paper (and a box of chocolates) from your quiver, draw back your bow, and have a fun and fine ol’ “Valentime” taking aim at our puzzles. 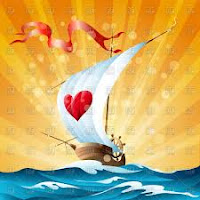 Name an American corporation and brand founded more than a century ago. Spell it backward and divide it into two equal parts.

What are this brand, slang term and food? 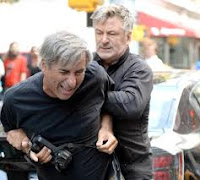 Now that I live in a mansion on a gated estate, I own three dogs – a Chihuahua, Pekingese and Toy Fox Terrier. When I lived in a one-room flat, I owned a Great Dane, Irish Wolfhound and Leonberger. I guess that means I possess a haphazard pet-size sense. But I do have a canny (or should that be “uncanny”)  housekeeping sense. Whenever I notice my dogs beginning to shed, I leash them up, don my Lugano Diamonds Sunshades, and venture outdoors. I try to shed the paparazzi if I sense their presence, but if they do manage to snap an “unselfie” of me, I zap a phased hertz pulsation in the vicinity of their cameras’ digital image sensors with my taser gun. 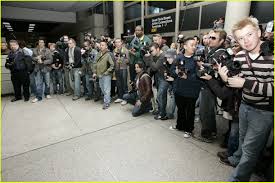 Embedded in the paragraph above are three strings if 16 consecutive letters. Each string contains the same sixteen letters. Thus you can rearrange the letters in any one of those strings to form a product (singular form) that certain businesses will be delivering plenty of this weekend. 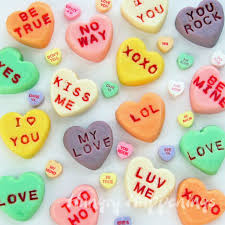 Take a compound word that begins with a “D” that you might see on one of those little Valentine candies with messages on them. It was the first word in a mid-1970’s debut album title by a mixed-gender rock group.

Another group released a mid-1970’s self-titled debut album with a compound word as its final word. The singular form of that word also might appear on one of those little Valentine candies. The name of this group begins with the name of its lead singer (like Dion and the Belmonts, for example).

The first part of that second compound word is the name of the first group. The second part of the singular form of the compound word is a word spoken by many people who partook in a 1970’s-era fad, including the solo performer of a hit novelty song recorded in 1975. 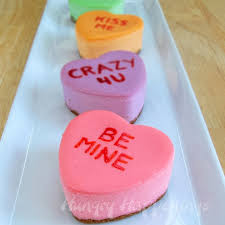 Four letters in the final word of the second group’s name can be rearranged to spell the title of a mid-1970’s rock ballad by a third group known for its hard rock songs as well as for its members’ unusual appearance. The group’s name is one you would definitely see on one of those little Valentine candies. The lead singer of the ballad, whose stage surname rhymes with the name of the group, doesn’t seem to be playing his instrument during the song.

Remove the last letter from the ballad’s title and place the remaining letters to the right of the subject of a 1974 novelty song about another 1970’s-era fad. A decade later, this third rock group would do something akin to this fad – something that altered their appearance but not as radically as partaking in the actual fad would have.

Switch the first letter of the ballad’s truncated title with the first four letters of the 1974 novelty song’s subject word to form the two-word title of a late-1970’s hit song by a popular solo artist. The title is a famous location from literature, although the characters usually found there are never referenced in the song.

The title of this artist’s debut solo album, which was released in 1971, suggests what one might say to a confectioner who sold the aforementioned Valentine candies bearing messages such as, say, “I loathe you” or “You make me sick” instead of sweet messages such as “Be mine” or “Miss you.” 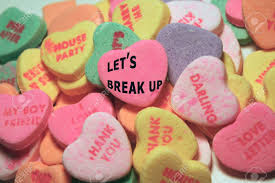 Name all these 1970’s rock artists and all their song or album titles. 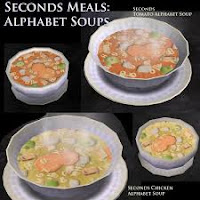 This week’s NPR Sunday puzzle from Will Shortz was submitted by Jon Herman. It reads:
If PAJAMA represents first and REBUKE represents second, what nine-letter word can represent third?
(You can find the answer here.)

I have created seven “piggyback” puzzles that “rip-off” (or “riff-off”) this NPR challenge:

# ONE:
If FECUND represents first and SURD represents second, what six-letter word can represent third?

The other six puzzles: 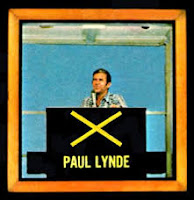 “I’ll take Paul Lynde to block!”
A baby girl is born on December 31st, born shy by just seconds of not qualifying as an income tax deduction. Her parents name her Ginger.

As an adult, her gig as a football photojournalist requires Ginger to master a basic principle of photographic composition – one in which photographers break down any image into horizontal and vertical thirds. So, whenever Ginger focused on the subjects of her photos, she saw them not as helmeted “gladiators” but as X’s and O’s on a diagram with an imaginary tic-tac-toe grid superimposed. Her goal was to frame the focus of her composition into the “center square,” as if it were Paul Lynde! 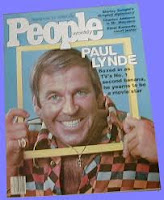 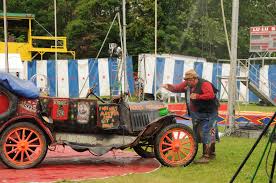 There are a few handfuls of possible correct answers to that question, but we are seeking only words that begin with an “N.” There are two possibilities. One is an adjective, the other is an adverb. 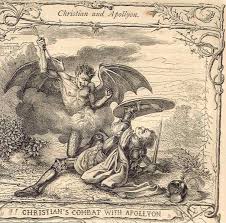 Duelin’ with the devil
Place the three phrases below in the correct order – first, second and third:
1. Although he is not human, the devil errs, and idler revs are his workshop.
2. Luigi departed the all-you-can-eat-and-drink Italian buffet, wove as he drove, got stopped by a cop, took a breathalyzer test, and blew only zero because of his new orzo belly.
3. If you get locked in a blog duel with competing puzzle blogs, the worst thing you can do is go be dull, for the next sound you may hear is that of an old bugle playing “Taps.”
Hint: “Babel” and “Nimrod” are random bible words.
Hint: There is a pair of compatible and matching anagramatic clues in each of the three sentences and in the above hint.

# SIX
Rue the date
If February is first but not ninth, rank the following words as first, second and third:
Bionic, empty, eczema
Hint: Are you there? Ranking the three words is easier if you are there, if you are present, if you are hanging around. And, if you close your anemic eye.

# SEVEN
Oh say, can you ceaselessly headbang?
“A rock anthem can inflame youths.”
Rank the colored words in the statement above – first, second and third. 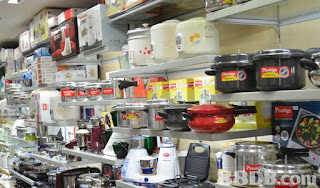 Replace one letter with a different letter in the surname of the pioneering eponymous inventor (after whom the unit of measurement is named) to form a word that might be used to advertise a particular capability of the appliance.
Hint: If you assign each letter of the alphabetic a numerical value from 1 to 26 (A = 1, B = 2, C = 3,… Z = 26), the sum of the letter and its replacement is 27.

We invite you to make it a habit to “Meet at Joe’s!” If you enjoy our weekly puzzle party, please tell your friends about Joseph Young’s Puzzleria! Thank you.
Posted by legolambda at 5:10 AM