"It's two-thirds Greek to me!"; The Tao of a pooh-poohing pooh-bah; "We are quite the item in the bedroom!"; Land o' flip-flops; Beating the doldrums; Porkpie hats, windbags, and doodoo hiccups? 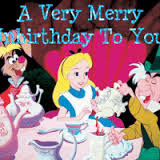 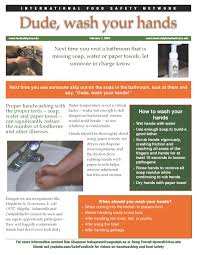 This week we serve up an “easy-peasy-greasy Greek (not Latin) morsel, two appetizers (one pseudoliterary, the other pseudopsychiatric), a slice of life in the bedroom, and, for dessert, a flip-flopping pigskin puzzle.

(You might want to tackle this week’s second appetizer not with your fingers or a fork but with a spoon. For the dessert, perhaps a spork might be the appropriate approach... if we can agree to define “sporkerism” as a “flip-flop, or reversal, of compound word parts or syllables.”) 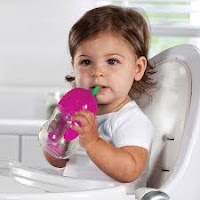 More Or Less Easy Morsel:
“It’s two-thirds Greek to me!” 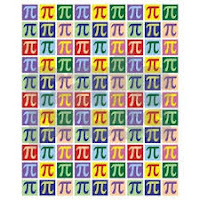 What do they have in common?

Books In The News Appetizer:
The Tao of a pooh-poohing pooh-bah 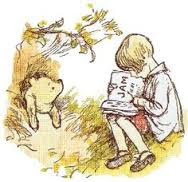 Consider a non-fiction book in the news this past week. The initial letters of the three-word title spell out a commercial product that uses a putty knife as a logo.

The initial letters of the first three words in the book’s subtitle spell out the word TAO. The fourth word is “of.” The remaining four words in the subtitle are the subject of the book.

The book’s subject uses a seven-letter hyphenated modifier to describe a person she/he knows who has a six-letter surname. Rearrange those thirteen letters to spell out a two-word synonym – in 6 and 7 letters – of the oxymoronic phrase “equine hounds.” (The 6-letter adjective has a 5-letter alternative spelling.) 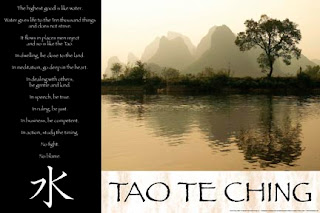 The book’s subject also uses a eight-letter modifier to describe another person he/she knows who has an eight-letter surname. Rearrange those sixteen letters to spell out a possible two-word synonym – in 8 and 8 letters – of “incense.” (The 8-letter second word has a 7-letter alternative spelling.) 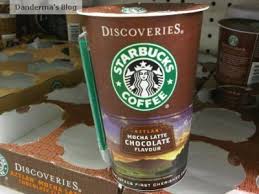 Tangled Up In Blues Appetizer:
Beating the doldrums

Amateur golfer Mr. Pat Potus had reason to have his dauber down. He competed in a tourney and didn’t even make the weekend cut after missing several under-two-foot gimme Pro-Am putts.

But his melancholia only intensified the following Monday when he stopped into the local Starbucks for his usual morning Mocha Latte pick-me-up. Pat left a two-buck tip, descended to the subway at a brisk clip, took a hefty sip… but did not smack his lip-to-lip. His Mocha drink was just not as chocolatey as usual. Indeed, it smacked faintly of roasted wheat bran and molasses. 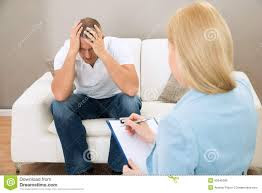 Now, as a result, Mr. Potus felt really lowdown in the dumps, so dumped his Latte into a waste can and made an appointment with his psychiatrist.

“Doc, I’ve been a glum-and-gloomy-Gus ever since I was served A Mocha Latte that seemed to be diluted with some kind of roasty, wheaty-branny, molassessy kind of additive. What is your diagnosis?”

What letters belong in the blanks? 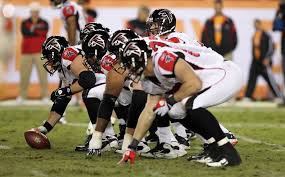 LegoNote: This appetizer is “three versions of the same puzzle in one.” All have the same four-syllable, breaking-news-subject answer. The first version of the three puzzles is the most difficult, I believe, and the third is the easiest. I recommend that you begin with the first version listed, only then to proceed to the second. Finally, proceed to the third, but only if you cannot cannot solve the first two versions.

In other, more confusing words, if thou art stumped, only then shalt thou count on Version Three, no more, no less. Three shalt be the number on which thou shalt count, and the version-number of the counting on shall be Three. Version Four shalt thou not count on (it doesn't exist!) nor thou shalt count on Version Two (which, alas, stumpeth you!), excepting then that thou proceed to three. Version Five is right out! 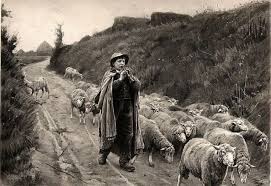 1.) Each of the four images shown in this appetizer depicts a one-syllable word. Determine what the four syllables are and put them in the correct order to name a breaking news subject. What is this subject? 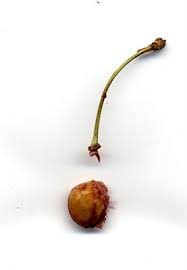 Wrap the two altered pie words around the altered two-syllable hat word. Remove two spaces and add a space in a different place to form a two-word breaking news subject. What is this subject?

3.) Complete the following four pairs of word beginnings, A through D. Each pair ends with the same one-syllable word:
A.
flun...
doohic... 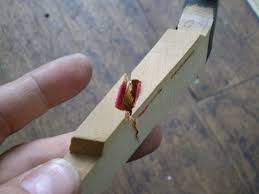 Put the four word ends in order, A through D, and remove two spaces to name a breaking news subject. What is this subject?

Specialty Of The Household Slice:
“We are quite the item in the bedroom!” 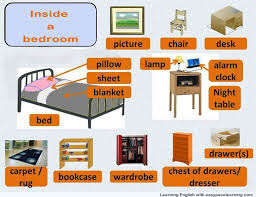 Name the plural form of a household item commonly found in bedrooms. Divide this word into two words and you will describe what these items might do to persons using them.

What are these household items? 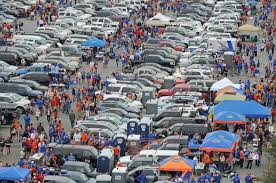 A compound plural word describes what is depicted in two of the three images pictured here. 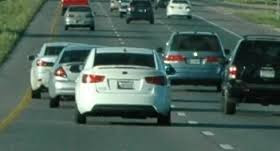 “Flip-flop” (that is, reverse the order of) the two parts of the compound word and say the result aloud to form a two-word description of the third image. Take this third-image description and move the “s” (but not the apostrophe) from the end of one of the two words to the end of the other word to form two words that when spoken aloud sound like a description of stories about athletic exploits that people in one of the first two images might be sharing with one another. 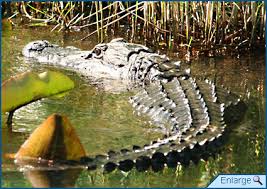 Hint: Probably two of the images, and perhaps all three, were photographed in one particular state.

What is the compound plural word? What are the two two-word descriptions?

We invite you to make it a habit to “Meet at Joe’s!” If you enjoy our weekly puzzle party, please tell your friends about Joseph Young’s Puzzleria! Thank you.
Posted by legolambda at 5:10 AM